TASC Books
Restoring The Truth About Origins: Book I and (New) Book II !

Figure 1. Colors/shading reflect the many distinct language families throughout the world.

When a person thinks about Babel, theye almost always think about language. There were Earth-changing events that preceded Babel that need to be understood. Let us consider the Seven C's of history: 1
April, 2019

Perhaps the most frequent argument used by skeptics against the Christian faith is that a good, loving, and all-powerful God wouldn't possibly allow evil (along with sorrow, pain, bloodshed, etc.) into his world. Evil obviously exists in our world. It is all around us. Thus, the biblical God can’t possibly exist. If he did, and he was indeed omnipotent, he would obviously do something about it! It is not only skeptics, however, who struggle with this “problem of evil.” The Christian who shares his faith will find that this question probably causes more people to doubt the validity of the Bible and the Christian faith than any other. This author, based only on his own anecdotal experiences, would argue that it is a greater stumbling block to people than is even the creation-evolution debate. Therefore, the Christian must be prepared to explain the existence of evil. Fortunately, within the Christian worldview it is possible to do just that. Outside the Christian worldview, it is not. There are no adequate explanations for evil in other worldviews.

The book of Romans explains so much about creation and the nature of man and reality as we know it. The Spirit quickly has Paul record this fact about the beginning:

For since the creation of the world his invisible attributes, his eternal power and divine nature, have been clearly seen, being understood through what has been made, so that they are without excuse. (Romans 1:20)

From the very beginning of time (the instant time was created), t=0, God revealed himself and continued doing so throughout history. He had an intimate relationship with Adam and Eve until sin entered the world; then because of sin, the relationship was broken, and God did not talk to men as he did at the beginning. But in the very Creation itself, he made himself known.

Therefore, just as through one man sin entered into the world, and death through sin, and so death spread to all men, because all sinned—for until the law sin was in the world, but sin is not imputed when there is no law. (Romans 5:12–13)

It was not long after creation that the fall occurred. We know that it was less then 130 years, probably much less because Seth was born when Adam was 130 years old and Cain had already killed his brother Abel before Seth was born. The fall and eventual curse changed the created universe in ways we do not even fully know. What was perfect was now corrupted. We cannot even imagine perfection, having been born in corruption.

As scientific creationists we can, if we are not careful, become focused on our main issue of the historical and scientific accuracy of the Creation / Fall / Flood / Tower of Babel account of Genesis 1-11 to the point that we fail to remember that our greater mission is to uphold the authority of the entire Bible. But our underlying and greatest mission as believers in Jesus is to make disciples as we go into the world. That was the last of all the commands of our Lord Jesus that we are to obey. Our effort to uphold the truth of Genesis is only one important tool that helps Christians to effectively present the gospel as being a reasonable thing for the world to believe by faith. It can enable that world which has been completely cursed by sin and “reconfigured” by paganism, postmodernism, and all sorts of other “isms,” to see that the Bible is true and that it is relevant not only to modern life but ultimately to eternity.

We should always remember that God never changes. Hebrews 13:8 says that “Jesus Christ is the same yesterday, today, and forever.” Colossians 1:15 tells us that Jesus is “the image of the invisible God,” meaning that because Jesus is the image of God, what is true of Him as God the Son is also true of God the Father and God the Holy Spirit. There are many other Old and New Testament scriptures that clearly present the immutability of God.

One question often heard concerning creation and man’s origins, as well as life’s origins, is whether Biblical accounts describing man’s origins and God’s creation of the universe can be trusted. Are the Biblical accounts accurate? Did the creation really occur? Was there really an Adam? an Eve? Was there really a world-wide global flood? There is amazing evidence that many miraculous events described in the Bible actually took place as described by the Bible. In this article we shall look at some of this evidence.

I will begin by stating the mission of TASC: "to rebuild and strengthen the foundation of the Christian faith by increasing awareness of the scientific evidences supporting the literal Biblical account of creation and refuting evolution."

While the TASC Board invests considerable time and energy in pursuit of scientific evidences for explanations of the universe, earth, and life as we know it, we never want to lose sight of the importance of the Creator Himself, Jesus Christ. It is the constant desire of TASC to have all peoples recognize first and foremost the Creator Himself. 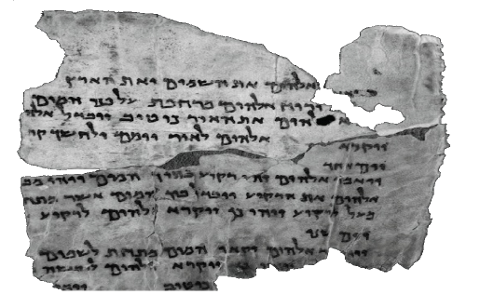 Modern science makes bold insistence that it alone has, in the last 250 years or so, unlocked the true formula for determining the age of creation. Christians under the influence of this thinking go along with the assumption that the creation account in Genesis is not already clear when read in its most simple and straightforward manner. They do this by isolating Genesis 1 from the rest of Scripture so the account of creation can be dismantled piecemeal and reconstructed in whatever way is necessary to conform to the wending ways of modern science. Rather than Scripture shedding light on science, modern science becomes the light by which all other things must be understood.

Davis Young and Ralph Stearley, authors of The Bible, Rocks and Time, represent this influential school of scientific thinking. In an effort to be inclusive of all possible views of creation (young earth excepted), they have determined that the creation account in Genesis 1 is “unique” in the pages of Scripture. Consider the following quote:

We believe that those writers are on target who suggest that Genesis 1 is a literary genre unlike any other. As John Stek has put it, Genesis 1 is sui generis, a genre in a class by itself, a genre of which we have no other examples.” 1

Here is our Earth, a young planet.

Achbishop James Ussher has been the butt of more ridicule on the subject of suggesting a date for the creation of the world, and ultimately the universe, than anyone else in history. He proposed the date of October 23, 4004 BC, and this date appeared as a marginal footnote in many Bibles up until the mid twentieth century. What should we think about his work that brought him to this conclusion?