We may not think often of the ancient world in our modern life, but there is a bit of mystery surrounding the early ancient civilizations – the speed with which they arose. From Egypt and Sumeria to the Olmecs of Mexico, civilizations seem to have appeared full-blown, already fully-developed! 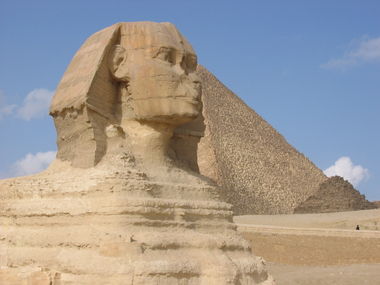 Figure 1 - The civilization of ancient Egypt apparently emerged all at once and fully formed.

Graham Hancock, researcher and author of Fingerprints of the Gods, a book dealing with ancient civilizations, tells us:

The archaeological evidence suggested that rather than developing slowly and painfully, as is normal with human societies, the civilization of Ancient Egypt, like that of the Olmecs, emerged all at once and fully formed. Indeed, the period of transition from primitive to advanced society appears to have been so short that it makes no kind of historical sense. Technological skills that should have taken hundreds or even thousands of years to evolve were brought into use almost overnight—and with no apparent antecedents whatever….

What is remarkable is that there are no traces of evolution from simple to sophisticated, and the same is true of mathematics, medicine, astronomy and architecture… 1

Look at a 1905 automobile and compare it to a modern one. There is no mistaking the process of “development”. But in Egypt there are no parallels. Everything is right there at the start.

…Egyptian civilization was not a “development”, it was a legacy. 2

Walter Emery, Edwards Professor of Egyptology at the University of London, says that about 5,400 years ago, Egypt changed rapidly from a New Stone Age culture to a complex one, including writing, architecture, arts, and crafts, with little to no previous development. 3

Arthur Custance 4  (a rather amazing combination of linguist, historian, anthropologist, theologian, and scientist) pointed out that Egyptian writing was fully developed as early as the First Dynasty, with no trace of prior development! 5

So, how did Egyptian civilization spring into existence so abruptly? And, what of other civilizations?

According to Custance, there wasn’t enough time for the rise of civilization. Near the foundations (in time) of the cultures of Sumer, Egypt, and others—among the most ancient in the world—a complex culture was built quickly in a few centuries.

Oxford University Assyriologist, A. H. Sayce (student of cuneiform, Babylonian, Hittite, and old Hebrew languages), says that Egyptian and Babylonian civilization are fully developed when they appear, and that man was building cities as far back as archaeology takes us. T. J. Meek, a frequent contributor to the Encyclopaedia Britannica on the archaeology of Palestine and Egypt, said that Sumerian culture was already highly civilized when it first appeared in the fourth millennium B.C. 7

We have heard of the ancient Mayas, Incas, and Aztecs. But more ancient than these are the Olmecs, Mexico’s oldest known civilization. They are so old that they had risen to power, existed, and then had disappeared 1500 years before the Aztecs got started! 8  Yet, Olmec culture appears to have been fully evolved at the time of the earliest known Olmec site. 9

…. Strangely, despite the best efforts of archaeologists, not a single, solitary sign of anything that could be described as the “developmental phase” of Olmec society had been unearthed anywhere in Mexico (or, for that matter, anywhere in the New World). These people, …appeared to have come from nowhere. 10

Was this quick development typical of mankind?

It is important to observe the sequence of events. First, for perhaps a quarter of a million years, intelligent men, to all intents and purposes apparently much like ourselves, advanced their culture scarcely at all.… The sequence is, then, an unbelievably long time with almost no growth; a sudden spurt leading within a very few centuries to remarkably high culture… 13

Why would man make absolutely no progress during the first 99% of his history, and then suddenly develop great advances in so many areas in such a short time?

This amazingly long period of stagnation is all the more astonishing when put into the context of the abrupt rise of civilization that followed. Note that this long period of stagnation does not refer to the time of man’s (supposed) evolution into modern humankind. We are talking about the time starting after he had evolved into modern Homo sapiens.

So, what could explain the sudden emergence of civilizations all around the globe, without time to develop?

Let us look into an ancient legend of the Andean region of South America. It starts with a terrifying time, of a great flood and darkness. Society was in chaos. Then there appeared Virachoca.

…there suddenly appeared…[a man]…of large stature and authoritative demeanor...he gave men instructions how they should live.…clothed in a white robe…whose air and person aroused great respect and veneration…of august appearance… 14

Though Virachoca came from another place, he spoke their own languages better than they. He called the people his sons and daughters, and spoke with love, admonishing them to love one another. He taught them how to live - medicine, writing, architecture, engineering, farming, etc. Before Virachoca, men lived in caves not houses, in disorder. 15

Yes, this was South America, but what about Egypt and other civilizations? Is there any indication that they were taught?

In other parts of the world there is a story of a fish-man, Dagon or Oannes, who taught humanity arts, sciences and agriculture after the flood. 16 ,17  The ancient historian Berosus gives us a history of 10 kings preceding a worldwide flood. The Bible also names 10 generations before the flood in Genesis chapter 5. Oannes' story parallels that of Noah in a very interesting way. Oannes first appears before the flood, as does Noah. Oannes, though a god and a teacher of mankind, is seen learning from a man, the third pre-flood king, during whose reign Oannes first appears. Noah also appears—is born—during the time of the third generation from Adam.

Above we have seen the similarities between Oannes and Noah. Let's look now at Virachoca. Virachoca certainly sounds like Noah—an old man who appeared after a flood. Noah was 600 years old when the flood came (certainly old). A man who taught love and charity and was kind. Noah was a just man and perfect in his generations according to Genesis.

Virachoca called the people his sons and daughters, which they would have actually been if he were Noah! Outside the Bible, Noah has been said to have been a giant—and Virachoca was a tall man. Virachoca was also authoritative and had an air of authority about him, somehow commanding respect. Noah was a king according to Berosus and other ancient authors, so this seems reasonable.

And Virachoca was a teacher. Above all, he was a teacher. This is consistent with Noah’s teaching mankind. It is said that Noah was ordered by God to take documents and hide them in a certain city before the flood, to preserve knowledge. It seems likely that Noah and God, who made provision to preserve life on an ark, and who carefully brought along animals in pairs, male and female, would not neglect making provision of knowledge. It is also said that Chinese herbal medicine derives from a book Noah brought with him on the ark.

But the point of the above, whether Virachoca actually was Noah or not, is that there are legends of people who taught societies, and gave civilizations their knowledge. This knowledge would have been passed down from a prior civilization.

Noah is not the only one who could have passed on such knowledge. There were eight people on the ark, who came from the previous civilization. And of course, they could have taught others who in turn carried on the teaching.

So, the lost civilization which provided the legacy for ancient Egypt, the Olmecs, the Incas and others could have been none other than the pre-flood civilization, headed up by Noah, who carried its knowledge—that very legacy—with him through the flood to the beginning civilizations of Egypt and others.

Then, although starting from scratch, the world's civilizations might have had a pre-formed blueprint in terms of knowledge, to allow them to advance more rapidly than would otherwise have been possible. This, as we have seen, is what seems to have actually transpired.

Custance points out a uniformity among the early cultures, that was difficult to explain “…except as the result of the growth and spread of a single population deriving its inspiration and technology from a single source.” 18

There seems to be no explanation for the rapid development of civilizations from Stone Age culture, especially after an extremely long period of stagnation, other than outside help.

It has been suggested that these civilizations borrowed from a previous civilization. Noah or his family could easily have taught the legacy of pre-flood society, and in fact we have seen that Berosus and others have recorded that, after a flood, a teacher (or group of teachers—Oannes was not the only fish-man) did appear. Both the Old and New Worlds have legends of such a teacher appearing after a flood, namely Oannes and Virachoca.

It is also noteworthy that Custance mentions that an early settlement from which sprang early cultures of ancient civilizations was near the traditional landing site of the ark! This is obviously consistent with the spread of knowledge (allowing for the rapid rise of civilization) from the Ark and its passengers. Custance also mentioned a uniformity among early cultures, difficult to explain unless they borrowed from a single source.

The flood of Noah and the preservation of knowledge by Noah, and the dissemination of such knowledge after the flood by Noah, make sense of all the puzzles.